The wait is finally over. World-class wines from Luxembourg are now available in Bangkok

Crisp, fruity and with a delicate acidity: a perfect pairing with Thai cuisine 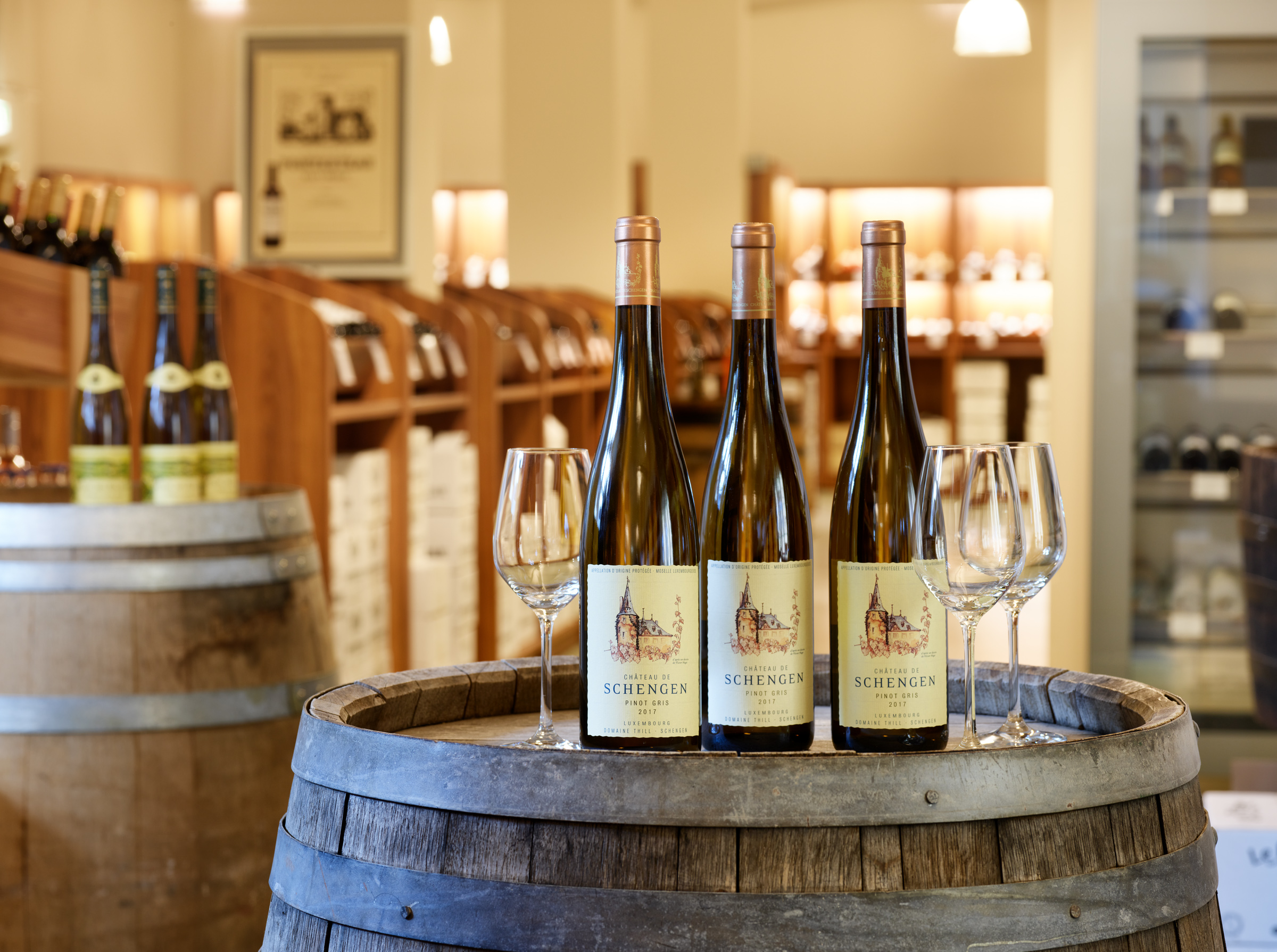 The wine growing region of Luxembourg stretches along the banks of the Moselle some 42km from Wasserbillig to the small village of Schengen. At about 1,300 hectares, it’s smaller than a commercial Californian vineyard, and yet Luxembourg is home to more than 450 winegrowers and producers.

But when did they start making wine in Luxembourg? In fact about 2.000 years ago! Nestled between the wine nations of Germany and France, the Moselle valley in Luxembourg fulfills all the right conditions for vintners to grow excellent wines, appreciated far beyond its borders. Numerous wines from Luxembourg have been featured over the last two decades in the prestigious “Guide Hachette”.

Wines from the Moselle have their very own, extremely fine style, which is constantly developed in creative ways. Nine main grape varieties are grown and processed in Luxembourg: the sparkling Crémants, the elegant Riesling, the white and red wines of the Pinot family, the exotic Gewürztraminer, the ethereal Rivaner, as well as the Auxerrois, Elbling and Chardonnay invite you to a limitless culinary discovery.

The Crémants are a relative newcomer, with production starting in the early 1990s. The grapes must be hand-picked as the wines are crafted according to the same “méthode traditionnelle” used for sparkling wines from Champagne, which is the two-level fermentation process. The label “Crémant” may exclusively be applied to specific French and Luxembourgish wine products.

For the very first time, wines from Luxembourg are now available in Thailand for tasting and sale at the SWIRL Cellar and Wine Bar in Thong Lor 13, Bangkok.

The wines were first introduced at the stand of the Embassy of Luxembourg at the European Gastronomy and Tourism Fair at the Alliance Française on 29th of January, where they received great feedback from Bangkokians and wine lovers. 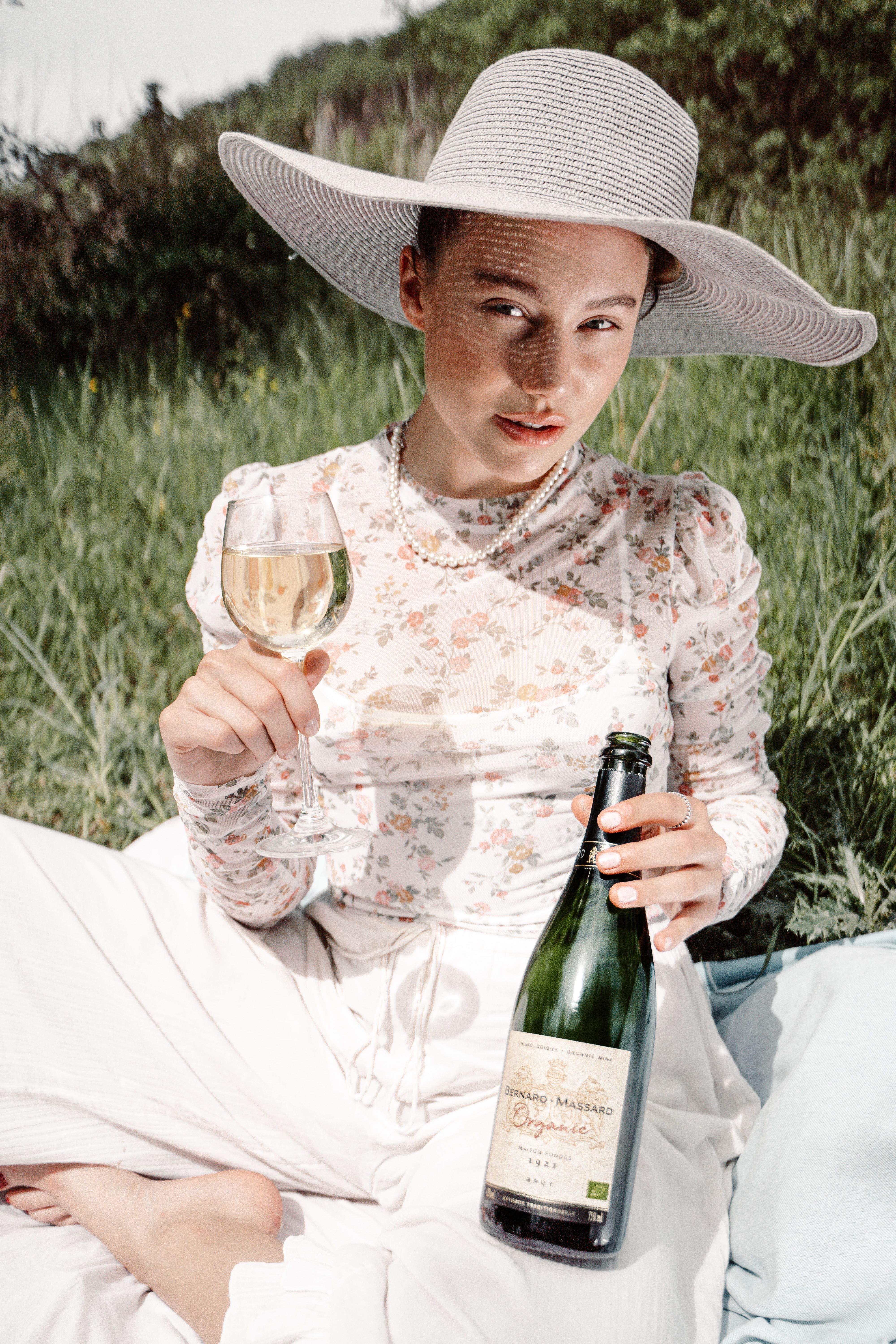 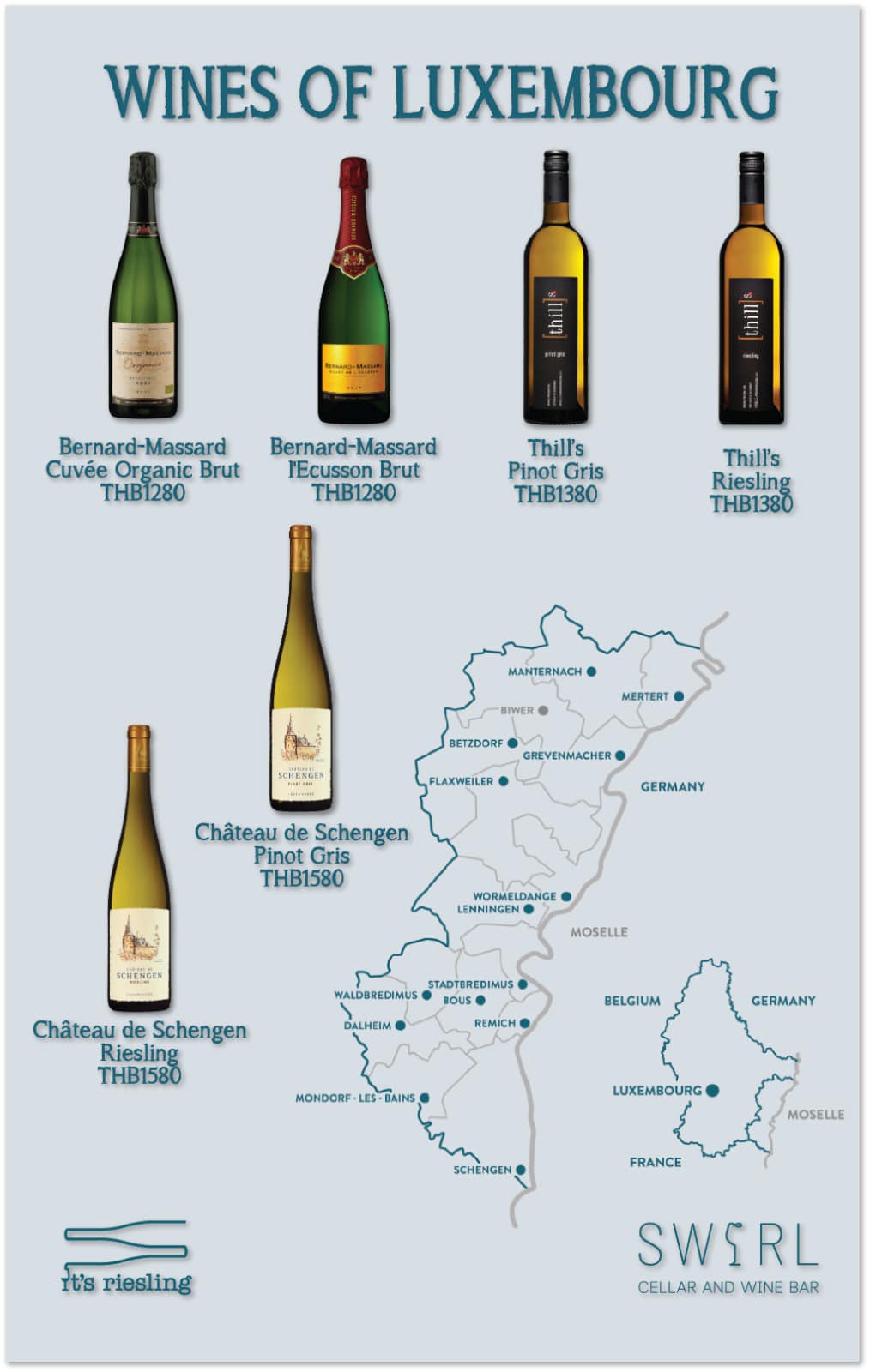